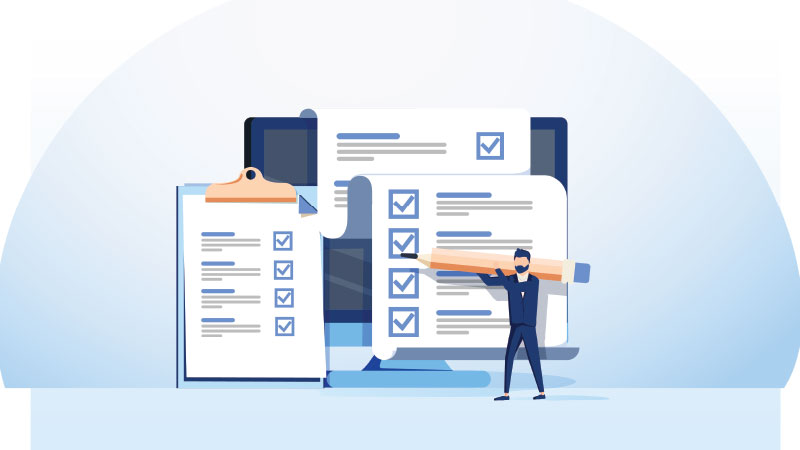 In the face of a global pandemic, Canadian private fleets have been able to respond to market conditions by strengthening their internal operations and relying on outside carriers

This is the among the findings of the 5th Annual Edition of the Canadian Private Fleet Benchmarking Survey, conducted by the Private Motor Truck Council in cooperation with the National Private Truck Council. The Survey reflects performance achieved in the 2020 calendar year. A total of 18 PMTC member companies contributed data to this effort, six more than last year’s report and back on par with what was collected two years ago.

I would also like to acknowledge and thank those members of the PMTC Benchmarking Survey Steering Committee:

From an historical perspective, providing superior levels of customer service has generally been the primary reason why companies choose to operate a private truck fleet. In fact, more than four out of five respondents in this year’s survey reported their primary justification was to deliver exceptional customer service: providing a differentiated transportation value that is unavailable from outside carriers that can be positively measured by customers and management alike. Another 12% of respondents said the private fleet increasingly guarantees transportation capacity at or below outside carrier rates. Finally, in-house transportation provides safe transit of goods and services on behalf of the parent companies, according to the remainder of the participants.

To track and improve the customer service value proposition, 61% of the fleets in this year’s survey reported that ‘to measure customer service’ was feedback from both internal and external customers. Those comments provide the basis of customer service expectations against which the private fleet can perform. This is the second year in a row where on-time performance (the traditional metric of customer service) was supplanted by another metric – in fact two. Fill rate shared top billing with 61% of the fleets tracking that metric. In fact, 56% of this year’s survey respondents reported tracking on-time performance, down from the 83% that tracked that metric two years ago and the 58% that measured it last year.

This year, 21% of the PMTC member companies reported they preferred leasing as an acquisition strategy (defined as those companies that lease 90% or more of their heavy-duty equipment). That compares to 40% last year and 44% in the previous year.

At the same time, 43% of Canadian respondents reported a preference for ownership of their heavy-duty equipment, up from the 20% that reported ownership as the primary acquisition strategy last year and the 33% that so reported in the previous year. Some 36% reported a combination of ownership and leasing of heavy-duty equipment as the primary acquisition strategy, down slightly from last year’s results (40%).

Of those companies operating medium-duty equipment, 58% reported a preference for ownership as an acquisition strategy and 8% expressed a preference for leasing. The remaining 34% reported a combination of ownership and leasing as the primary acquisition strategy. If you take the entire medium-duty vehicle population, 10% is leased and 90% owned. That compares to 13% that was leased in last year’s survey and 87% owned.

Outbound Freight Movements
With most private fleet respondents focused primarily on customer service, it should come as no surprise that outbound freight movements (where control of the final link in the supply chain provides a tangible and demonstrable return on investment) constitute the largest share of private fleet freight movements. That is driven by the fact that in-house private fleets indicate that they handle finished products with a greater degree of care, pride, and attention to detail than what is available from many transportation alternatives.

Canadian private fleet professionals continued to expand their contribution on the outbound as well as the inbound side of the business. Private fleet respondents’ share of the inbound freight was reported at 48% up from the 41% reported last year and more than twice the share from four years ago when we started the survey.

Equipment and Maintenance Trends
Continuing the trends of prior Benchmarking Surveys, most private fleets still outsource their maintenance. In fact, 78% of the fleets outsource most of their maintenance spend (90 cents of every maintenance dollar spent outside). That compares to 79% last year and 78% the year before. 11% of the respondents indicated spending at least 90 cents of every maintenance dollar in-house. The remaining 11% said they relied on a combination of in-house and outsourced maintenance strategies. This is the first year in the history of the survey where we found respondents that were exclusively committed to providing in-house maintenance.


Age of Heavy-Duty Power Unit Population
This year, respondents reported trade cycles increased to 6.6 years for their Class 8 heavy-duty tractor population – up a full year from last year’s 5.6. This was no doubt in response to the uncertainty surrounding the COVID-19 pandemic; however, despite the extended trade cycles, the replacement mileage continued to drop, falling to 443,778 kms – the lowest level in the history of the survey.

For fleets operating medium-duty equipment, the trade cycles also extended with an average of 6.6 years and 413,000 kms, up from last year’s reported averages of 6 years and 240,000 kms.

New to the survey this year, fleets reporting trading light-duty equipment at 7.4-year intervals and 270,000 miles

Trailer Age
Similarly, within the Canadian trailer population, fleet respondents reported extending their trade cycles in all applications, save for refrigerated trailers.

Labour Trends
Private fleet respondents reported employing or contracting an average of 130 drivers (company drivers, temporary personnel, leased drivers, or owner-operators), a reflection of the smaller average size of this year’s participants. Perhaps, the more meaningful metric is the ratio of drivers per power unit. This year’s Survey produced an average ratio of 1.4 drivers per power unit, up from last year’s average of 1.13.

After topping 50 years of age for the first time two years ago, the average driver age declined slightly to 50.2. Drivers’ ageis a consideration when it comes to workers’ compensation, pension, productivity, turnover, and safety performance.

The typical Canadian private fleet driver works an average of 46.2 hours a week, up slightly from the 44.5 hours per week logged in last year’s survey but still down from the 50-plus hours per week recorded in the two years prior. Of these 46.2 hours the typical Canadian driver logged, 30.5 hours on average are spent behind the wheel in the typical week and the remaining 15.7 hours are spent performing other non-driving tasks such as loading, unloading, and filling out paperwork.

Although labour issues remain a significant challenge for survey respondents, especially given the COVID-19 pandemic, private fleets continue to report retention and turnover performance far better than their for-hire colleagues. In this year’s Survey for instance, Canadian private fleets reported a turnover rate of 11.4% compared to the 15.8% reported last year and the 11.9% turnover noted in the previous year. In the U.S. for comparison purposes, the annual turnover figure dropped to 15%.

The PMTC Benchmarking Survey also reports an average driver retention rate of 14.5 years, which is up three full years from last year’s 11.5 average reported retention rate and almost 30% higher than the 10-year average posted in the U.S. for the past three years.
Another factor in ensuring the impressive driver turnover rates is the fact that driver pay, even though it regressed during the Pandemic, continued to outpace other similar driving jobs; however, notably, the average maximum driver pay reached its all-time highest level, coming in at $84,916.

The majority of fleets (83%) report paying their drivers incentives up significantly from the 58% reporting doing so last year. The average Canadian incentive rose to 5% up from its low water mark of 2.5% established last year. The most notable change is the decline for on-time deliveries and safety, but that decline was offset by the dramatic increase in incentives for new hire referrals.

Safety Trends
With pressures building on private fleet managers to enhance their value proposition, respondents focused, with outstanding results, on enhancing their safety record. Private fleets reported a provincial crash rate of 12.4, much improved from last year’s 22% and reaching the lowest (best) rate in the history of the Survey.
The preventable crash rate (total crashes resulting from errors, inefficient conditions, work processes or other problems that could have been prevented multiplied by one million and divided by total miles) tallied 1.68 accidents per million miles, essentially unchanged from last year. The non-preventable crash rate (total crashes in which no errors, deficient conditions or work processes could be identified that contributed to the occurrence multiplied by one million and divided by total miles), improved significantly from last year’s 3.8 accidents per million miles, to this year’s level of 1.97 accidents per million miles. Note that preventable and non-preventable crash rates may not be that easy to draw conclusions from, as every fleet manager’s definition of what constitutes an accident differs.

Active Safety Technologies
Fleets continue to back their commitment in safety improvements with the implementation of advanced safety technologies into their fleet operations. While the adoption rate has increased year over year in most categories, it still trails the penetration rate established by U.S. private fleets.

Looking Ahead
Even in the face of a pandemic, nearly half of the respondents (44%) said that they planned to add equipment or haul more of their company’s freight over the next five years. Some 28% indicated that they were planning on lessening their private fleet presence during the same time span. The remainder of the respondents reported no planned increase in their fleet size. This sets PMTC’s member fleets up for continued excellent results in 2021 and beyond.