Canadian Truckers: The Unsung Heroes of the COVID-19 Pandemic 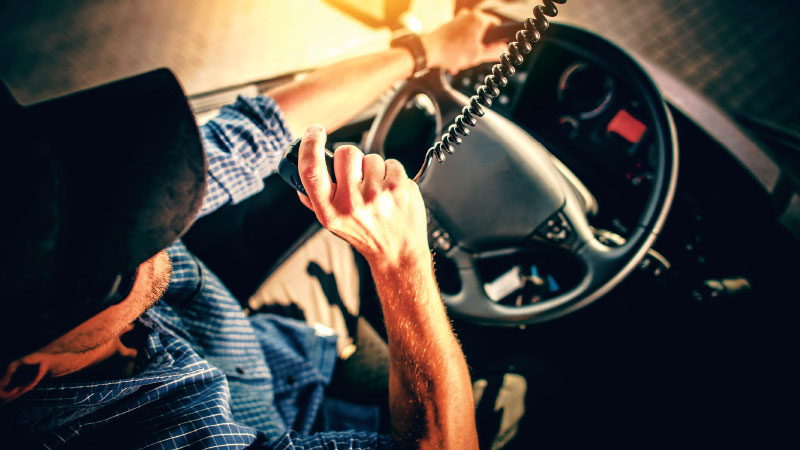 With a workforce of over 300,000 drivers who work long hours, often at night and behind the scenes, the Canadian trucking industry has been front and centre in keeping domestic and international supply chains flowing. Between Canada and the United States, approximately 90% of all consumer goods are moved by truck,

including half of the food on our tables. Notwithstanding significant ongoing challenges brought on by COVID-19, the industry has demonstrated significant resilience and tenacity in facing them.

That’s why the Canadian Chamber of Commerce was proud to host the four-part Future of Transportation webinar series in September and October. Open to the public, the webinars were occasions for attendees to hear directly from leading representatives of Canadian transportation organizations – trucking, rail, air, and shipping, respectively. Together, they highlighted not only the consequences of the ongoing COVID-19 pandemic, but panelists were also afforded an opportunity to share their predictions for a world that has been permanently altered by the coronavirus. Furthermore, the panels featured robust discussions on challenges and opportunities outside of COVID.

The Canadian Chamber created these webinars for a few reasons. First, they were timely given that the country and the world) are currently mired in its worst economic downturn since the Great Depression. Secondly, they were good public education exercises in exploring the impacts of COVID-19 on given industries. Finally and perhaps most importantly, they were occasions to find some optimism in a time of great uncertainty.

The trucking-specific webinar was the first of the four, featuring Stephen Laskowski, President of the Canadian Trucking Alliance; Shawn Girard, CEO of Energy Transport; and Bruce Bowser, Chairman of AMJ Campbell and moderated by the Canadian Chamber’s Senior Director of Transportation and Infrastructure Ryan Greer. This article will provide a brief outline of the key points shared by the panel, followed by discussion on some of the broader issues facing the transportation industry and some solutions.

When the pandemic first hit and lockdown and social distancing measures were announced, there was a feeling by some, both in the private sector and in the government, that COVID-19 would be a short-lived phenomenon and things would soon go back to normal. Of course, it soon became clear COVID-19 was going to be around for a lot longer than expected. Communication became more important than ever, whether from government, supply chain partners, or other stakeholders. As governments and industries raced to identify critical components of the economy, for a time there was tremendous uncertainty as to what was designated as an essential service and what was not. For instance, obviously grocery stores were essential, but what about the companies and workers that transported those products? What about those companies that moved goods from the United States? Though closed to passenger movement, there were numerous questions about commercial activity through the Canada-U.S. border. Lack of clarity and consistency on these regulations, such as quarantine requirements and essential worker designation, resulted in significant confusion for industries as they scrambled to deal with the new and ever-changing realities. It was such a fluid situation that the reality on one day could be entirely different the next.

There were also concerns for truckers’ welfare and well-being in the early days. I must have read at least a dozen articles about how provincial truck stops were originally closed over concerns of virus spread. However, out of those stories were anecdotes about businesses across Canada helping truck drivers out where needed, whether it was a hotel providing beds or a restaurant staying open to feed the hard-working truckers. Amidst all the doom and gloom of a pandemic, there was at least one good news story. Ultimately, provincial governments finalized their initial list of critical infrastructure and essential services and reopened the closed truck stops, which helped smooth the flow of domestic supply chains.

Notwithstanding this important development, the webinar panelists outlined both issues that were brought on by the pandemic and others that existed prior to but have definitely been exacerbated by COVID-19.

In the former category, there are still some lingering questions about essential service designations. While domestic governments at the federal and provincial levels have succeeded in clarifying essential services, there is still confusion at the Canada-U.S. border – one panelist reported some cases of his drivers being turned away due to apparent lack of appropriate paperwork. To use his words: “truck drivers aren’t moving across the border because they’re bored, they’re moving to help move our economy.” Federal-provincial collaboration has been vital to this process, but will need to continue to ensure efficient movement of supply chains. There are also ongoing questions about testing, especially rapid testing. The panelists on the Future of Transportation webinar called on government, healthcare, and business leaders to come together to source and accelerate rapid testing initiatives. While there are currently pilot projects put in place at airports and some roadside truckers’ stops, these tests are still not widely available. Broader distribution will permit faster movement of goods and services as drivers would no longer have to wait a few days before their results.

There are other ongoing issues pertinent to the trucking industry that while unrelated to COVID, have definitely been aggravated by the pandemic. First, the issue of labour. An aging labour force has led to a significant shortage of drivers. Increased funding for training and immigration skills may be a viable solution to this problem. There is also the ongoing matter of the underground economy. Unregulated drivers are abusing tax and labour laws for market advantage and to the detriment of law-abiding industry members. During the webinar, panelists argued that all levels of government must clamp down on these non-compliant actors.

Furthermore, trucking networks require continued investments in appropriate infrastructure in order to more efficiently move their goods. For example, provincial funding to improve capacity between the Port of Halifax and Windsor. The trucking industry is not alone in this regard. Despite the federal government’s announcement of the National Trade Corridors Fund (NTCF) in 2017, the $2-billion program is oversubscribed and requires recapitalization to help put shovels in the ground on a wide variety of transportation and trade-enabling infrastructure projects. The creation of the NTCF ought to be viewed as a first step towards a long-term and strategic approach to Canada’s trade and transportation networks. There has been demand and appetite not only from industry but also from governments to move to this approach. Indeed, the right investments can be crucial to economic recovery during the pandemic and beyond.

The need to improve Canada’s trade and transportation system is one topic that will be discussed at the Canadian Chamber of Commerce’s Western Executive Summit. On November 24, the Chamber will be hosting high-level representatives from some of Canada’s leading transportation and logistics organizations. The conversation will focus on how to mitigate the impacts of threats, such as rail blockades or pandemics, on Canada’s transportation system. It will also revolve around ways to get back on track to pre-COVID levels of competitiveness and even surpass them. This will continue some of the discussion points from the Future of Transportation webinar series and beyond. This will not be the last of these types of panels, so stay tuned on future developments.

Truckers are at the heart of Canada’s economy. They are the unsung heroes who have worked and continue to work tirelessly to meet the needs of millions of Canadians. Without them, we would not have fresh produce or toilet paper on our grocery shelves. We owe them our immense gratitude for helping to keep us fed, watered, and safe during this difficult time. As key members of the Canadian transportation sector, we value their contributions to keeping global and domestic supply chains flowing during the COVID-19 pandemic and beyond.

Jarred Cohen is a Policy Advisor at the Canadian Chamber of Commerce with a focus on transportation
and infrastructure, as well as agriculture
and agri-food.

Prior to joining the Canadian Chamber, Jarred was with a government relations firm as a researcher, where he provided media and parliamentary monitoring services for clients in a host of industries. He has also spent time on Parliament Hill in various capacities. He has also worked in Transport Canada’s Marine Policy Directorate, as well as the Government and Community Relations Division at VIA Rail Canada.

Jarred holds a Bachelor of Arts (Honours) in History and Political Science from Queen’s University and a Masters of Arts in European Studies from Carleton University.

Retention for the Future of Trucking

As we look ahead, we recognize that retention is a critical component of the trucking sector’s business model and success in retaining a strong workforce. At a point where we have a skilled worker shortage, we cannot afford to lose our assets: our driving force who keep the economy moving and our businesses growing.

The reports indicate that the skilled worker shortage will continue to increase as we move toward 2024. It’s time to reinforce our retention practices so we can reduce our turnover rates – resulting in strong retention practices.

It is a topic worth considering. We need to put the same level of effort into retention as we do into recruitment. Why is retention a challenge? What areas are we missing that create this barrier to stronger retention rates? Do we accept high turnover as the cost of doing business?

Let’s take a step back. The loss of one driver can have a potential cost implication of up to $5,000 (this may be low for some companies) to replace the professional driver. Lose 10 drivers and suddenly you are at a loss of approximately $50,000. In a sector where margins are tight, can we afford those types of losses without exploring why and how we can do better?

Understanding why we lose people in our sector can be challenging. Even the best exit survey strategies do not always yield the information we need to remove barriers and retain the individual or offer insight into what we can do differently; however, the survey is an essential tool that provides an opportunity to learn... it just needs to go beyond the surface. We need to go to the beginning at the point of hire.

The first thing I think about when looking at retention is trust. Is there trust being built at the recruitment stage – at a level that can be delivered beyond the promises made at the point of recruitment. Can we deliver the pay, home time, benefits, flexibility and everything else that we have promised?