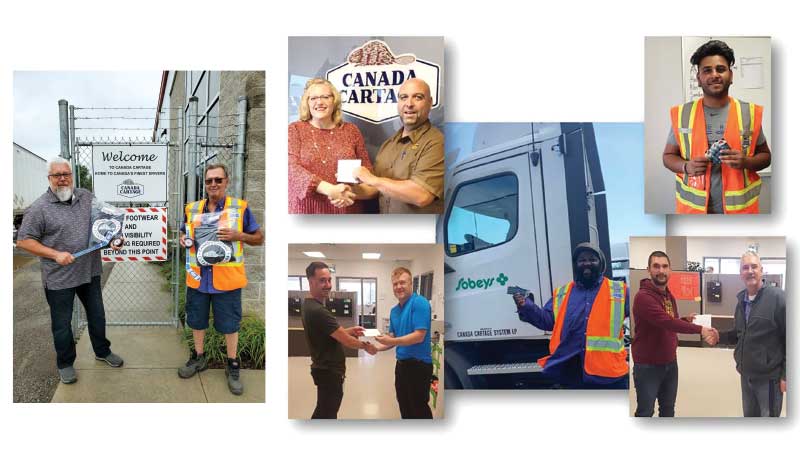 Using 4DX To Execute on Your Company’s “Wildly Important Goals”

I’m betting that most people have two hands in the air. (OK, put your hands down – your co-workers are wondering about you).

In the same way that individuals make New Year’s resolutions, companies also make resolutions called ‘corporate strategies.’ A corporate strategy is a resolution that we will become better at something – enhanced customer service, more innovative products, or increased sales – whatever area of the business you want to improve.

Yet, in the same way that individuals make – and then break – their New Year’s resolutions, companies often loudly declare their strategy, and then fail miserably to achieve their goals. In fact, according to the Harvard Business Review, it is estimated that 67% of well-formulated strategies fail due to poor execution.

Not surprisingly, a recent survey of more than 400 global CEOs found that executional excellence was the number one challenge facing corporate leaders in Asia, Europe, and the United States – heading a list of some 80 other issues.

Seems that strategy is the easy part. Executing one it is the hard part.

Execution is Hard
So why is execution so challenging? There are a few reasons:

a) Too many competing priorities from the top.

b) Lack of clarity on how to achieve the strategy.

c) Executing the strategy means change –and many of your employees aren’t crazy about changing.

d) And last…a little something called “our day job.” The new strategy from head office sounds good, but how do we fit that in when we have customers to satisfy, products to ship, meetings to attend, and all the other day-to-day challenges that have to happen if we’re going to run the business and make money?

4DX and the Transportation Industry
Back in 2017, I attended a transportation industry event, and the topic was ‘best practices.’ Rob Penner, President of Bison Transport, talked about a program they had implemented a few years earlier called 4DX, or The Four Disciplines of Execution. Developed by leadership and organizational performance consultancy firm Franklin Covey, 4DX was being used by Bison on various corporate initiatives to improve operational efficiency, grow revenues, and enhance profitability.

We were intrigued and started to research more about 4DX. The management at Bison was generous in sharing their experience with the program with us. We also learned that other transportation companies were using the program in Canada and the U.S. – Trimac, Covenant Transport, Swift-Knight Transportation, and others. Rather than being a high-minded academic theory, 4DX seemed like a practical, “real-world” program that worked well in the transportation industry.

The executive team at Canada Cartage attended Franklin Covey seminars, did more research and, in late 2017, decided to commit to the program. We made that commitment with a bit of trepidation after all, we didn’t want to be the management group that failed to execute on the execution program!

What Are the Four Disciplines?
4DX is a framework for companies to use for translating strategy into action at all levels of an organization. When applied, the four disciplines can produce extraordinary results by tapping the desire to win that exists in team members.

The four disciplines are:

1. Focus on the “Wildly Important.” This seems like a simple concept, but leaders in companies like to accomplish a lot – as much as possible in a given year; however, 4DX argues that companies can achieve more by focusing on less. Execution likes simplicity – and focus is critical to helping staff at all levels know what’s important, and where to spend any extra energy over-and-above their day-to-day work.

2. Use the Leverage of “Lead Measures” to Achieve “Lag Measures.” In business, we tend to focus on “lag measures” – those KPIs that tell us how we are doing, such as revenue, profit, on-time delivery, and customer satisfaction scores; however, once we receive those lag measures, it’s too late to do anything to change them – they are history. On the other hand, “lead measures” are those activities that, if carried out consistently, will impact our “lag measures.” Lead measures predict the future; lag measures tell the history. 4DX focuses team members on creating and carrying out the most critical local “lead measures” week in, and week out, that will positively influence the “lag measures” – the results that we really want.

3. Engage Team Members Through Scorekeeping. At its core, 4DX is about setting up a game. You give people a goal, you provide them with training on how to hit their goal, you monitor their progress and hold them accountable, and then you celebrate when they win. Being clear on the goal, the timelines to achieve the goal, and having an up-to-date scoreboard is critical. Team players keep a scoreboard at a local level, and an online 4DX portal keeps score at a national level to give everyone in the company complete visibility about whether we’re winning or losing.

4. The Discipline of Accountability. Disciplines 1, 2, and 3 are simply setting up the rules of the game – discipline 4 is when the game is actually played. Without accountability and follow-through by 4DX team members at all levels of the organization, nothing changes. In 4DX, teams are made up of 5-10 staff members who hold weekly meetings (meetings are typically brief – 10 to 15 minutes at the most). In that meeting team members quickly review if they kept their 4DX commitment from the previous week, and what their new commitment is for this week. Commitments and follow-through are tracked in the on-line portal. Team members feel accountability to their co-workers, rather than head office, to make and keep their commitments so that their team can win the game.

4DX in Action at Canada Cartage
Since first implementing 4DX at Canada Cartage in 2018, we’ve run four annual campaigns which typically last six to eight months in duration during a calendar year.

Our “Wildly Important Goals” (or WIGs) have focused on a number of different strategic objectives, including reducing unnecessary engine idling, improving driver satisfaction, reducing workplace-related injuries, lowering the number of speeding incidents on the road, and reducing preventable insurance and cargo claims.

We’ve been thrilled with the results we’ve achieved; saved millions of dollars in costs over the four years; and improved safety, streamlined processes, and generated positive driver and staff engagement.

Different departments across the company participate on 4DX teams if they can positively influence the outcome. For example, in year one we set a “WIG” goal of reducing unnecessary engine idling. You might assume that this would only involve our Operations department – as they would work with drivers to turn off their engines when the truck was stopped – however, we had 4DX teams set up across a number of departments to help achieve our goal:

• Our Finance team refined the reporting that went out to Supervisors and Managers on engine idling to provide better, more user-friendly reports so that coaching on unnecessary idling was timely and effective with drivers. 4DX drove report users to demand different reports from Finance, and Finance responded.

•Our IT department developed a mobile app that showed drivers their engine idle in real-time on their phones during their shift. Once drivers could see their idle, and knew that it was helping (or hurting) their team scores, unnecessary idling went way down. IT has lots of competing priorities; 4DX brought the development of the engine idle app to the top of the pile.

•Our Communications team created a 4DX theme (“Canadian Idle”) along with posters, videos, contests, and prizes to recognize and celebrate drivers, dispatchers, and 4DX teams who beat their targets. With all our 4DX campaigns, we want to catch people doing things right and recognize them when we do.

The above examples show the power of focus across the organization (Discipline 1). They also show how leveraging “lead” measures (Discipline 2) like installing telematics units can lead to the results we want – the “lag” measure of lower idle rates. Each of the departments above had a scorecard to track their progress on both their “lead” and “lag” measures (Discipline 3), and they all held short, weekly 4DX meetings of 10-15 minutes in length to review their 1 to 2 commitments (Discipline 4).

Along the way, we’ve learned a number of things. Firstly, 4DX is not a silver bullet that will work on every challenge. You have to pick WIGs that are measureable – the availability of timely data to help you keep score is critical. You also have to pick WIGs that can yield progress and results during a campaign period.  Issues like corporate culture or employee satisfaction are tough choices for 4DX, as they can take years to positively influence, and can be subjective.

We also learned that we shouldn’t break the number one rule: focus. Some years, we’ve had multiple WIGs for our teams, and it stretches them to try to stay focused on multiple things. Now we try to keep it to one WIG per team.

4DX has been a winning program for Canada Cartage. If you would like to learn more about it, I would recommend a six-minute Franklin Covey video available on YouTube by searching “4DX in a Nutshell.” You can also purchase the book, The 4 Disciplines of Execution. And of course, I’m sure a representative from Franklin Covey would love to speak to you or someone from your organization.

If you would like to learn more about Canada Cartage’s journey with 4DX, I’d be happy to speak with you. I can be reached via email at dzavitz@canadacartage.com.