The Long and Winding Road: Getting Foreign Truck Drivers to Canada 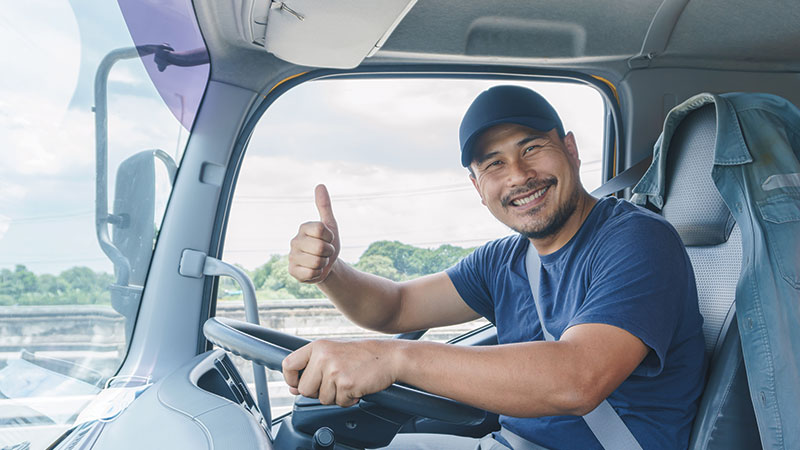 Introduction
It is no secret that the trucking industry is currently facing, and is expected to continue facing, a shortage of qualified drivers. So how does a trucking company, or any company that needs truck drivers, fill the need? Well, one way might be by recruiting truck drivers from outside Canada. Of course, like any legal/government process, there are ‘winding roads’ to accomplish the task, but it is doable in many cases. It would seem as well that the government knows that there’s a shortage, so in many cases, we expect that they’ll be on board with allowing Canadian employers to more readily ‘import’ truck drivers.

So, how do we get those drivers? And, the other side of the coin, how do those drivers get here? It is indeed important to look at both sides of this coin because there are issues from both the employers’ and prospective employees’ points of view.

Besides the general question of how to bring foreign truck drivers to Canada, there are sub-issues that need to be considered, including whether the drivers are to come for a limited period – and presumably need a work permit only, or for a longer period, or even forever – in which case they may need permanent residence (PR). Yet again, this must be considered from both the employers’ and employees’ points of view, because if the employer wants to have the employee here for a longer period, they may have various obligations beyond their initial work permit commitment. And, for many prospective drivers, the reality is that they only want the temporary work permit as a stepping stone to PR; every case is of course unique, but many do not want a brief stay – once they commit, they want to stay forever.

With all that said, let’s break down the issues of getting a driver to Canada on a work permit, and how that driver may get permanent residence, and sub-divide that into both employer and employee considerations.

Note that this article is not dealing with the issues related to what truck drivers need in terms of COVID compliance within the duties of their jobs. That is of course an issue unto itself, but it is separate from the general immigration requirements relating to having foreign truck drivers work in Canada.

Note further that this article assumes that any prospective applicant meets minimum requirements for any particular program in terms of prior experience, language, etc. Certainly, in a real case, this issue cannot be taken for granted. This will be based on various factors including the applicable National Occupational Classification (NOC) category and its components.

Work Permits
Generally speaking, it will be difficult for a foreign truck driver to qualify for permanent residence in Canada directly (there are exceptions –
see, e.g., discussion re Manitoba PNP below in Section C(iv)). They will almost certainly need a work permit first.

The Canadian immigration system with regard to work permits is designed to protect the Canadian labour market. That is, unless one can find the legal basis to justify hiring a foreign worker (to be discussed below), Canada does not want foreign workers taking jobs that might have otherwise been filled by Canadians. Though it’s not often talked about, this is actually the fundamental purpose of the system in this regard.

As noted, if one is to overcome the starting presumption that foreign workers are not permitted in Canada, there are legal bases to seek to bring such foreign workers. In this regard, therefore, the starting point is the employer, not the employee. Even if, as often happens, a foreign worker is somehow ‘lobbying’ to get a job with a Canadian employer, there is typically no basis to get a work permit until a Canadian employer ‘sponsors’ the application. And the application process for an employer to seek a foreign worker (and convince the government that it is justifiable to hire from outside Canada), is known as the seeking of a Labour Market Impact Assessment, or LMIA.

There are exemptions to the need for an LMIA, such as certain ‘intra-company transfers’ for higher level positions, or certain occupational categories under foreign treaties (e.g. CUSMA, formerly NAFTA), but these will rarely be applicable for truck driver scenarios.

B(i) LMIAs Generally
So, now that we know that the starting point is an LMIA, what is an employer to do? There are strict guidelines on the preliminary activity before filing for an LMIA – in terms of where to advertise, how long, etc. – as well as strict requirements on the application itself, in terms of, e.g., salary, working conditions, etc. [Salary is based on consideration of the NOC, which will dictate required salaries, below which, LMIAs will be refused.]

The applications are adjudicated by Service Canada, on behalf of Employment and Social Development Canada (ESDC) – not the immigration authorities per se (more like Canada’s Labour Department and its processing arm). [Note as well that though an LMIA can be filed without yet having a candidate available, if no candidate is found, then the effort may have been futile, so it is often better to be aware of a prospective candidate or candidates in advance.] It is beyond the scope of this article to fully detail the issues in an LMIA application, but no employer should take the outcome of an LMIA application for granted, and employers should expect strict scrutiny, and the need for full adherence to government guidelines, as required by law.

B(ii) LMIAs for Truck Drivers
However, there are exceptions, caveats, and considerations in an LMIA application, and different situations warrant unique considerations or activities. As noted, the government is trying to ensure that Canadian workers are hired in priority, but the Canadian government also recognizes that sometimes, failure to allow foreign workers in a particular field may harm the labour market. The government has had in the past, and currently has, programs in specific fields where the ordinary requirements are varied. Among other programs, for example, is the Global Talent Stream which allows eased entry for various types of I.T. workers.

So too in the world of trucking, there are from time-to-time variations and allowances to secure LMIAs through varied procedures, or altered recruitment requirements. Employers should check at the time of their application whether the government may require or accept any variations vis-à-vis LMIA requirements for truck drivers. In some past cases, there have been formal waivers of recruitment, but there may also be considerations based on current issues at the time of application. Further still, in some cases, it may be possible to bypass an LMIA using a PR/provincial program (see, e.g., Section C(iv) below RE: Manitoba).

Permanent Residence
This is of course a large topic, but we will try to give some perspective.

Note that Canada maintains a federal permanent residence system, but also allows provincial nominations of certain types of applications – and typically (though not always), a foreign truck driver will qualify under one of the provincial systems, not the federal. (It is possible that with changes expected in late 2022, this may change, but we await details.)

It is beyond the scope of this article to give full details on each province’s nomination (PNP) program, but a few samples may show the types of programs that exist, particularly in Western Canada.

C(i) British Columbia
The BC PNP allows long-haul truck drivers (NOC 7511, see https://bit.ly/3s02B0F for details) to seek nomination where an employer makes a permanent job offer to the trucker after nine consecutive months of full-time work in BC. There will be certain minimum language requirements, and the ability to show that the applicant can support him/herself and his/her dependents.

C(ii) Alberta
The Alberta PNP, under its ‘Alberta Opportunity Stream’ allows for long haul truck drivers as well. through its Semi-Skilled Worker Category. As with all programs, candidates must meet certain eligibility requirements, including language, and NOC criteria. In Alberta, the foreign worker must have worked in his/her current occupation in Alberta for 12 of the last 18 months, or in some cases, 24 of the last 30 months (in his/her current occupation in Canada) anywhere in Canada or abroad.

C(iii) Saskatchewan
In Saskatchewan, the minimum time for prior work experience in the province is 6 months. As with other provinces, there are requirements for minimum language ability, having a permanent job offer, etc.

C(iv) Manitoba
Though Manitoba also has a PNP provision not unlike other provinces, this province has recently announced some program changes that will make it easier to secure foreign truck drivers – even without a prior LMIA.

Manitoba now allows approved Manitoba trucking companies to recruit a limited number of truck drivers without going through an LMIA before, under certain circumstances. There are various criteria, but for example, the employer must have applied for an LMIA and received results within the last 12 months, must continue to recruit using both the Canada Job Bank as well as commonly-used job posting sites, and must offer any position at prevailing industry wage standards as assessed by the MPNP. (There are more requirements, but these are a sampling of those that apply.)

C(vi) Other
As noted, the limited scope of this article inhibits a full discussion of all relevant PNP programs, so we have focused on those in Western Canada. To note though that there are other programs in other provinces across Canada. There is indeed also an Atlantic Immigration Program which allows for truck driver PR as well, in Atlantic Canada.

Summary
There are certainly many more details and issues involved in the obtainment of the right of foreign workers to work as truck drivers in Canada, and this article simply provides a window into some of the primary issues. But as can be seen, there are mechanisms by which foreign truck drivers can work in Canada – albeit cumbersome processes at times – and we trust that this article has provided an idea of some of the tools at the disposal of both prospective employers and employees.

The information in this article is for general purposes only, and not intended as legal advice for any particular situation.