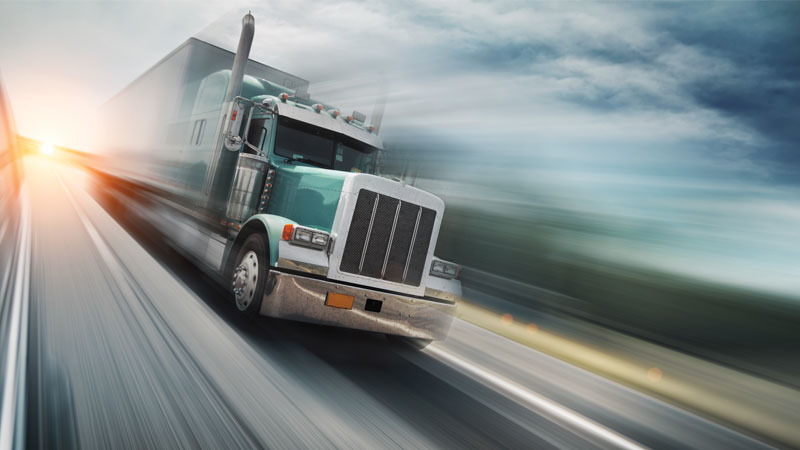 In a Press conference held in Brampton onDecember 18, Mike Millian, the President of the Private Motor Truck Council of Canada, was invited to join the Honourable Marc Garneau (Federal Minister of Transportation), Steven Del Duca, (then Ontario’s Minister of Transportation), along with Vice Chair of the CTA Scott Smith to announce the posting of the Electronic Logging Device Mandate in Canada Gazette Part 1.

“The PMTC has been involved in consultations with Transport Canada from the beginning, dating back to 2010. We are very pleased to see the proposed legislation announced today,” said Millian. “Our current method of using pen and paper for tracking Hours of Service is an outdated one, and one whose time needs to be put in the past.

“There is too much opportunity for unscrupulous operators to pressure their drivers to ‘fudge’ their records. While the majority of carriers in the trucking industry are safe operators – and have polices and procedures in place to ensure compliance with HOS regulations – there are always outliers in every Industry. This regulation will force these uncompliant carriers to change their operational practices, or exit the industry.”

It is somewhat fitting that the proposed ELD regulation was announced on the same day this very mandate became law south of the border. The PMTC encourages that heavy lifting begin immediately to ensure provinces and territories work with the federal government to adopt the regulations in their jurisdictions as well, to ensure we have a uniformed regulation across the land for all carriers, not just federally regulated ones.

“I was very encouraged to hear Ontario Minister of Transportation Steven Del Duca throw his support behind Minster Garneau today, and hope other Provinces will follow suit” stated Millian.

While the PMTC is happy with the announcement, it has also voiced its concern about the certification of devices to the feds.

“In the US, they have gone down the road of allowing manufacturers to self-certify their ELDs to a standard, with no protection in place for the carrier if the device is later to be found non-compliant with the FMCSA requirements,” said Millian “The PMTC has made it clear that this is not something that should be repeated in Canada. If Transport Canada cannot certify the devices, then a third party needs to be approved and certified to perform this task. We can’t allow the mess we are seeing south of the border for certification repeated in Canada. We expressed these concerns in a recent meeting in Ottawa with Transport Canada, and are cautiously optimistic that this will be handled prior to full implementation of the ELD regulation.”

Grace period in the US until April 1

The US Federal Motor Carrier Safety Association (FMCSA) announced an out of service grace period under the ELD mandate running from Dec.18, 2017 to April 1, 2018. During this grace period a driver will not be put out of service; however citations, violations, and warnings will be written. As of December 18, 2017 all vehicles without an ELD caught at an inspection will be written up and given eight days’ notice to install an approved ELD. This notice will only apply to that particular unit and not the whole fleet. Full fleet enforcement will begin April 1, 2018.

Electronic logging devices are smart hardware that help carriers and their drivers comply with hours of service regulations by allowing drivers to efficiently and accurately record their Record of Duty Status (RODS), replacing the paper logbooks used for so many years to keep track of hours of service (HOS). An ELD connects directly with an engine’s control module to track location, power and motion, miles driven, and engine hours. This information is stored in a standard format that allows carriers or transportation officials to collect and review the data.

As defined by the US Federal Motor Carrier Safety Association (FMCSA), an ELD must:

• Connect to the truck’s engine to record if the truck is in motion;
• Allow the driver to log in and select On-duty, Off-duty, or On-duty Not Driving; drive segments must be automatically selected based on vehicle movement;
• Graphically display a Record of Duty Status, so a driver can quickly see hours in a day;
• Provide data in a format that’s standardized and can be transmitted to law enforcement in a number of prescribed ways, such as wireless web services, USB, or Bluetooth 2.0;
• Be provider-certified that he device meets the proper specifications; and
• Be listed on an FMCSA website.

If you are currently using automatic onboard recording devices (AOBRDs) to electronically track hours of service (HOS) information, you are ‘grandfathered-in’ and don’t have to move to true ELDs until December 2019. [Editor’s note: A ‘grandfathered’ AOBRD is a device that a motor carrier installed and required its drivers to use before the electronic logging device (ELD) rule compliance date of Dec. 18, 2017. The device must meet the requirements of 49 CFR 395.15. A motor carrier may continue to use grandfathered AOBRDs no later than Dec. 16, 2019. After that, the carrier and its drivers must use ELDs. See Section 395.15 (a) of the ELD final rule.]

Trucking HR Canada released the second report in a series focused on assessing labour market impacts of COVID-19. This report includes updated insights of how COVID-19 is affecting trucking and logistics employment, and what can be expected for employers in the industry in the next three years. This second stage of the report presents a labour market forecast and shares results based on the ramifications of COVID-19. In the forecast, we learn that:

On July 9, the Government of Canada held a briefing to share this important update with officials and ultimately aid in good decision making for the industry. Trucking HR Canada partnered with The Conference Board of Canada to undertake research assessing the labour impacts of Covid-19 on the trucking and logistics sector. This forecast is designed to help us better understand what employers might expect down the road in terms of post-COVID economic rebound projections, forecasts of employment as well as estimates on expected employment losses.

Trucking HR Canada is a national, non-profit organization, advancing modern HR solutions for the trucking and logistics workforce. We collaborate, partner, and work with a dynamic network including industry associations, government departments and industry professionals to ensure Canada’s freight transportation network has the skilled workforce needed for today and into the future.